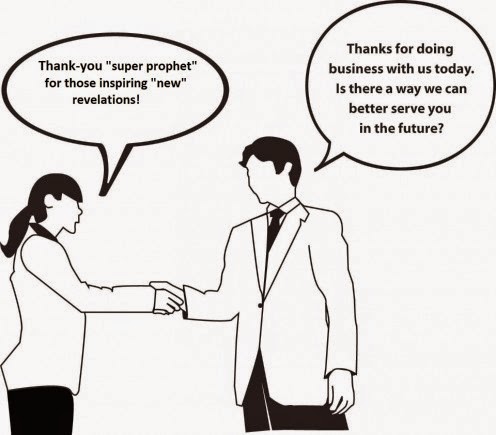 Prophecy according to Dictionary.com is something that is declared by a prophet, especially a divinely inspired prediction, instruction, or exhortation.


Nowadays,the in thing in churches  is prophecy. As a matter of fact, many Christians migrate from different location or move from churches to churches in search of prophecies.

Seeing the crave for prophecy by many gullible Christians the business minded pastors has turn themselves to prophet overnight in other to stay in business. This has made them prophesying the certainty while neglecting its divine inclination.

Prophesying the certainty is like saying, "that dude will take his bathe naked"...like seriously..who don't know that its normal for someone to take his/her bath Naked? Maybe this one is too trivial but you will hear them say some ish like; in these ember months, there are going to be multiple accidents along benin-ore road; A PDP member will die; There will be confusion and infighting among the APC and blah blah blah..

For crying out loud, who doesn't know that APC members a merger of about four different political parties will have some kind of infighting? who doesn't know that accident is bound to happen in some Nigeria roads considering their deplorable nature,neglect by the government and reckless driving of some motorist.

Even with all these facts conspicuously steering at us, many people will still tag it a prophecy because it was said by someone bearing a title called pastor.

As Christians , we need to think and pursue knowledge for ourselves and not to be influenced by fake prophecies and pastors. The bible clearly stated you should know the truth and it will set you free, but not know more prophecies or more miracles. The truth is the Word. cheers.
Posted by Unknown at 08:04